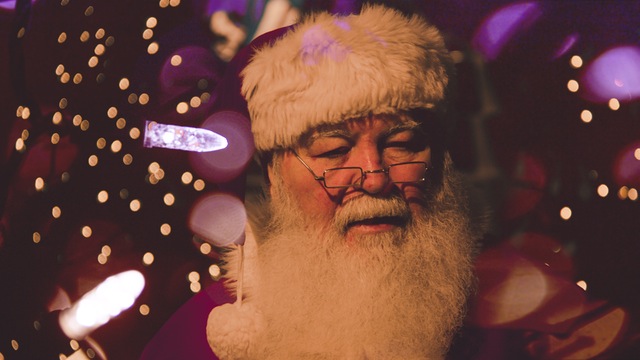 I think pre-parenting, we all thought we’d be the perfect parents. There are so many times when we know we’re blatantly lying to our kids but sometimes it’s hard to stop when we already know that lying to them is going to end so much better than if we tell them the truth.

For me when I was 5 or 6, finding out that Santa was not real was a game changer. I hate when people lie to me and that really was the start of anger towards people that lie to me. All my life I had been led to believe a “funny and cute” secret that just ended up being untrue.

Now, however, being a parent, I understand why parents do what they do. I understand the sneakiness and the fibs. Sometimes you’ve just got to do it.

I’m not eating anything (when secretly you just swallowed the treat and stuffed the wrapper in your pocket).

Listen, we’ve all been there. Sometimes you just don’t want to share and you shouldn’t have to.

Santa, the Easter Bunny, the Tooth Fairy … all real. And if you’re not good, they won’t come.

Sometimes we just need a fictional character to help us out during the day. We shouldn’t have to tell our kids for the millionth time to clean up their room. Either do it, or the fictional character won’t bring you the gifts I spent tons of money on already.

I’ve slept through reading with the kids, while they’re telling me stories, and even when they call from a friend’s house. I’m tired and I don’t want them to think I sleep a lot but when I’m tired, I’m tired. I just don’t want the kids to know.

Sorry, the toy just doesn’t work now that the batteries ran out.

Singing, talking, and musical toys are the worst on long days when you’re already on edge. And the really obnoxious ones? I’m more than happy to let those die when the batteries die.

Celebrating the New Year with the kids (when it’s really 9 pm on New Year’s Eve).

The idea of keeping little children up until actual midnight is a joke. Midnight ends up being whenever there’s just too many tears from the kids or when the friends’ parties end (9 pm is the perfect time).

My parents used to tell me that Skim milk and a granola bar was perfect. Looking back, I realize that cookies just weren’t something that my dad liked so of course Santa wouldn’t be wanting cookies!

If you swallow your gum, it will stay in your stomach for 7 years.

Now being a parent, I told see the logic in lying to the kids. My kids will chew and swallow the whole pack of gum in the duration of a short car ride. It drives me crazy. But of course this isn’t true at all. It gets pushed down the system with everything else eaten throughout the day.

If you eat the seed, it will grow that plant/tree in your stomach!

I’m not sure what the point of this lie is but it’s a funny thought. Somehow my kids were led to believe they’d grow one without me ever telling them about it.

If you keep making that face, your face will be stuck like that forever.

I think we all reach this point in the day where we need faces to stop being made like that from the kids.

If you sneeze with your eyes open, they might fall out.

This one’s just funny. It’s way too funny to watch them try to sneeze with their eyes open.

What blatant lies have you told your children just to make your life a little easier? 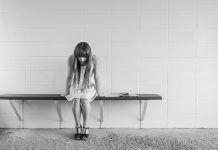 The Risk No One Tells You About: Coping with 3rd & 4th Degree Tearing 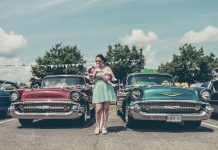 Why Does My Boob Hurt?

One Mom’s Heartbreaking Advice to Other Moms’ Judgements

Simone Biles: A Lesson that a Child Can Be Whatever They...