Top Moms Magazine
Home Humor OMG, Where is Your Mother!? 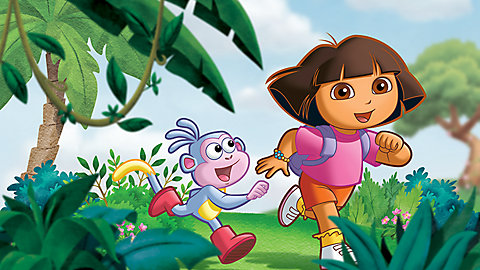 Dora the Explorer: It’s great that she has such a close relationship with her Abuela. But for real, where the heck are Dora’s parents? Why can’t Dora have a fantastic mother who actually buys her clothes that fit her? Obviously Abuela does not care that Dora’s clothes are WAY TOO SMALL. Her little tiny belly is poking out and everything. Also, don’t you think Dora’s parents might, I don’t know, call the authorities on the fox that keeps stalking their daughter? I mean, if a talking fox was stealing from my child every day and the only other people she could find to help her were other pre-schoolers, I would be taking the fox down. 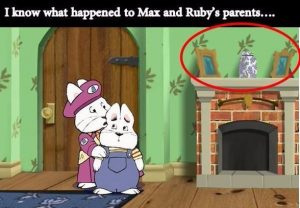 Max and Ruby: Ruby is REALLY bossy. If they had parents, I bet Ruby wouldn’t have to be such a controlling, whiny little bunny. Ruby has to feed max, get Max ready for bed, and constantly be all ‘No Max!!’ She’s not even allowed to enjoy her childhood for goodness sake! Also, I don’t know how old Max is supposed to be but his lack of parents or just adults in general (barring the occasional visit from grandma) seems to be hindering his speech development. 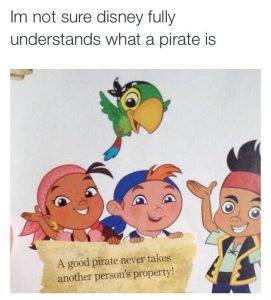 Jake and the Neverland Pirates: Without going into the heartbreaking reason that children in Neverland don’t have parents; these kids are totally being harassed by a middle-aged man. Don’t you think it’d be nice if Jake’s Dad just went up to Hook and was like “No, stop talking to my kid you weirdo.” Because when an old dude in a wig keeps harassing you, you tell them to go away. They are weirdos. 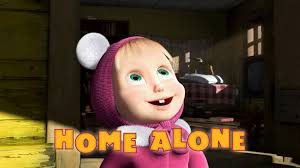 Masha & The Bear: Masha is a little hellion. I hate her. She teaches children to be horrible and whiny and that if they are persistent and rebellious enough they will get what they want. You know what she needs? A time out. From a parent not a bear. It’s not that it’s a bad cartoon, it’s explaining to children that in real life they can’t act like that. It’s ‘cutesy’ and fun to Masha’s little animal friends but like 90% of her behavior would be totally unacceptable in the real world.

One Mom’s Heartbreaking Advice to Other Moms’ Judgements

5 Drama Netflix Series You Should Not Miss

What to Look For In a Daycare