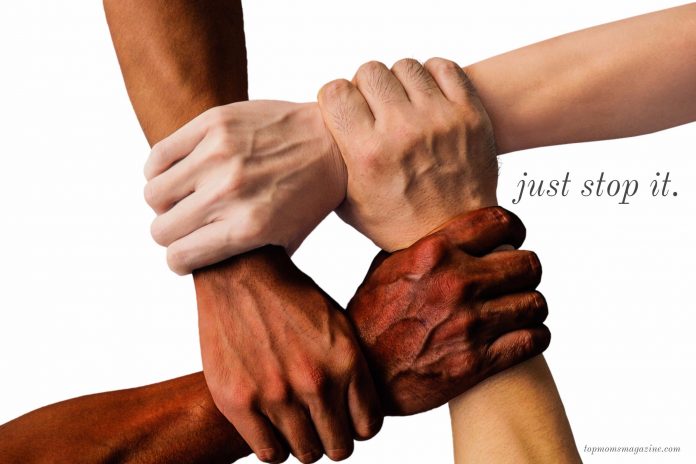 This post is totally personal and only because I’m completely sick of mean people.

I think in general, I try to live my life in such a way that if others encounter me, I am not mean and do not make others feel uncomfortable. I mean, this may just be my view of it, but I do try my best.

Although I do like my occasional gossip, I try to speak kindly of others. I figure if I would not say mean things to their face, why say it behind their back?

Online social media, however, has taken meanness to a totally different level. You can say mean things behind your computer or device screen. You write it and you are somewhat detached from actually saying it. You can say something mean because you may not even know the person and that person doesn’t know you. You can’t see a reaction from the person. So why not just say it?

When I first got into blogging, I was shocked at how mean people could be, as I was finally seeing it from the perspective of someone who is just trying to share what they love. Luckily, I was in a different niche that didn’t allow for much meanness but I was still amazed that some people could hide behind their screens and be so ruthless.

As time has gone on, I’ve moved to multiple blogs and accounts and am even more shocked at how mean people are to me. They have no idea who I am but call me names, tell me I’m a bad person, and basically call me out on anything and everything that they can. What is happening to people? At what point did some individuals of society decide that name calling and verbal abuse was okay on social media?

Recently I made a video. We had a new product, the company didn’t want to work with us, so we thought we’d make a video and throw it up online so other people could see it. As with every good Instagram story, I took the video portrait and 2 minutes in, I realized my mistake but it was too late. There was no way we could redo the video because once we opened the product, we couldn’t get it back in to the packaging. So I let it go. We posted it online and were shocked that people actually were watching it. In all honesty, we were completely embarrassed. It was some Saturday afternoon where we hadn’t gotten ready for the day, our house was messy, and then again, there was the problem that I didn’t turn my phone the landscape way to record it. But there was no going back at this point.

Then we took a vacation. Unfortunately I received notifications every time someone left a message on the video and I could not believe how many times people were mean about the appearance of the video. I mean, complete shock every time. People weren’t just attacking my lack of skills but attacking me personally – they were telling me that I was a bad person because of my imperfections.

People:  I was raised in a white family in a white neighborhood. I’m not white. I’ve moved multiple times and every single time I am the minority. And you know what? It’s okay. It’s okay that people think I don’t speak English. It’s okay that I get treated unequally at times (sometimes good, sometimes bad). It’s just a part of life. I might feel offended for a moment but then I have to regroup and realize that it’s okay. Life is not fair. It never will be, no matter how hard everyone tries to make it. My color of skin will always be different than my family’s. My personality will always be unique – I will never be like everyone else.

I understand that Millennials are trying real hard to make this world more equal. That’s great. But it just doesn’t work like that. Get over it. Move on.

If I had one wish of anything could be granted to me, I would honestly wish for world peace. Stop the fighting. Stop the bullying. Just stop it.

Anyone Can Do Something For Someone Else

‘That Dad Blog’ Shares His Baby as an Olympian

How to Stream a Movie for $1