Top Moms Magazine
Home Humor What All Moms Should Do 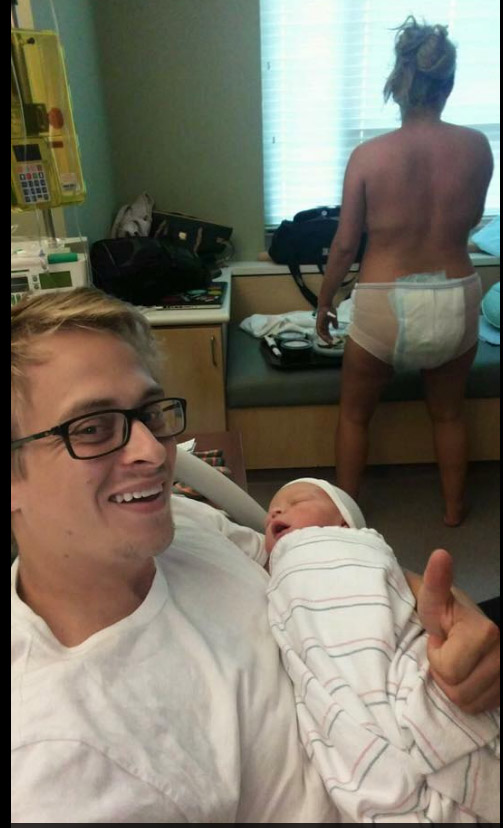 When you’re pregnant for the first time and you have questions, you never ask about what it’s like to be in the hospital after giving birth. I didn’t, at least.

I was concerned about how to know if I was in labor, what to expect when I am in the hospital, what I should do with the baby after the hospital, and all sorts of things in between except what happens in the hospital after giving birth. I knew they’d take the baby and clean her up and then we’d have about 48 hours in the hospital to learn to nurse and make sure everything goes alright with her, but what about how my body would feel?!

Amanda says with her picture with the baby being held by the father with her in the background in her make-shift diaper, “Motherhood uncensored.

I’m sharing this picture because it’s real. This is motherhood; it’s raw, stunning, messy, and freaking hilarious all rolled into one. Having a baby is a beautiful experience, and the realities of postpartum life aren’t spoken enough about. And definitely not photographed enough. Some people probably find this uncomfortable, but why? I seriously don’t get it! It’s probably because this part isn’t talked about. We all should try and educate, empower and embrace every aspect of childbirth, including moments like this. And do it while having a sense of humor. Nothing says welcome to motherhood like an adorable squishy baby, and a giant mom diaper. ?”

What surprised you after your first baby?

Simone Biles: A Lesson that a Child Can Be Whatever They...