Top Moms Magazine
Home Life Simone Biles: A Lesson that a Child Can Be Whatever They Wish... 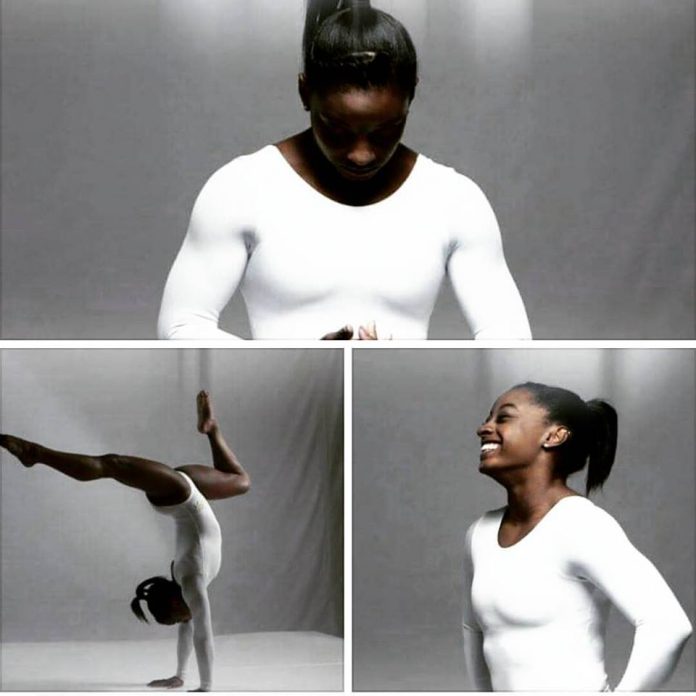 I went to the gym tonight to regroup before the weekend and was disappointed to see only Trump on 3 of the 4 screens in the cardio room. I watched 30 minutes of him and couldn’t watch anymore so I was about to leave when I looked over at the last screen and saw Simone.

Simone Biles is a 3-time world champion gymnast and is on the USA gymnastics team. But her life began in the worst of circumstances that led to her and her little sister being put into child protection services and sent to live with their grandparents who eventually legally adopted them and who the girls now call mom and dad.

At age 6, Simone was on a day care field trip to a gym and one of the coaches realized she might do well in gymnastics and the rest is history. The most endearing part of her is that she recognizes herself as a normal girl. She does things because she’s doing them for herself. And she loves what she does.

After winning her first world championship, there were comments made about her race that spread through the media like wild fire as she was the first black girl to win. It didn’t phase her. She kept on being herself and worked hard for her, not because other gymnasts and people in the media said something. She went on to compete because she loves it.

If there’s anything to be learned here, it’s that anything is possible. If a child can do it, let them. If we love them and allow them opportunities, they will succeed.

5 Drama Netflix Series You Should Not Miss

Acclimating to Early Pre-school and VPK

5 Things On Your Baby Registry You Don’t Need